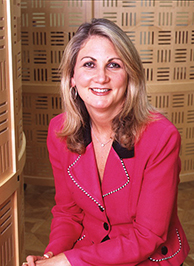 Dr. Pamela M. Klein is Founder and Principal of PMK BioResearch offering advisory and strategic consulting for the biotechnology industry and venture firms. She is a member of the Board of Directors of Argenx, Patrys, Spring Bank Pharmaceuticals and I-Mab Biopharma as well as a member of several Scientific Advisory Boards. Dr. Klein has served as Chief Medical Officer for multiple successful biotech companies including Intellikine which was acquired by Takeda. From 2001-2008, Dr. Klein held increasing positions of responsibility at Genentech lastly as Vice President, Development, where she led the development for a portfolio of drugs including trastuzumab (Herceptin®), rituximab, (Rituxan®), pertuzumab (Perjeta®), and erlotinib (Tarceva®).

Prior to this, Dr. Klein was Research Director for the National Cancer Institute-Navy Breast Care Center that she co-founded and led until leaving the NCI.

Dr. Klein received her bachelor’s degree in biology from California State University and her Medical Degree from Stritch School of Medicine, Loyola University Chicago. She trained in internal medicine at Cedars-Sinai Medical Center in Los Angeles and medical oncology at the National Cancer Institute in Bethesda, Maryland where she served as Chief Fellow.