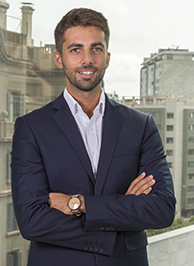 Guillem is responsible for identifying and evaluating investment opportunities from the scientific and business perspectives. He will also represent Ysios at the board of directors of its portfolio companies.

Guillem has over 7 years’ experience in Venture Capital. Prior to joining Ysios, Guillem worked at Edmond de Rothschild Group in Paris (now Andera Partners). There, he was involved in the execution of several investments in Europe and United States. These included opportunities in the domain of neurodegeneration, oncology, cardiovascular pathologies, and respiratory diseases. He previously worked at Caixa Capital Risc, where he was part of the life sciences team.